American Opera Projects (AOP), a Brooklyn-based organization that has developed and presented new works of opera across the country for over 25 years, is currently expanding its full time staff, adding a Director of Development beginning in January 2017.

The Director of Development will provide fundraising leadership for AOP. S/he will be a key member of the company’s senior leadership team working alongside the AOP staff and board to develop, implement, and oversee all fundraising and development activities of the organization.

At this critical juncture in AOP’s history, in which the organization’s operating budget has more than doubled in the past two years with the premieres of critically-lauded and commercially successful new operas such as As One and Hagoromo (BAM Next Wave Festival), the Director of Development will continue to stimulate that financial growth by deepening the fundraising capacity of AOP at all levels, from individual contributions and board development, to foundation and government support. The new Director of Development will serve the organization moving forward as a full time member of the senior leadership team. A complete job description and details for interested applicants can be found on AOP’s website at www.aopopera.org/jobopportunities/developmentdirector.

Founded in 1988, American Opera Projects is at the forefront of the contemporary opera movement, commissioning, developing, presenting, and producing opera and music theatre projects, collaborating with young, rising, and established artists, and engaging audiences in unique and transformative theatrical experiences. AOP has produced over 30 world premieres, including the Nathan Davis/Brendan Pelsue dance chamber opera Hagoromo starring Wendy Whelan (BAM, 2015), Kaminsky/Reed/Campbell’s As One (BAM, 2014), Nkeiru Okoye’s Harriet Tubman: When I Crossed That Line to Freedom (Irondale Center, 2014), and Lera Auerbach’s The Blind (co-production with Lincoln Center Festival, 2013) and the upcoming 2017 co-production with Nashville Opera of Robert Paterson’s Three Way (Nashville Opera, BAM Fisher). Other notable premieres include Kimper/Persons’ Patience & Sarah (1998), Weisman/Rabinowitz’s Darkling (2006), Lee Hoiby’s This is the Rill Speaking (2008), and Phil Kline’s Out Cold, also at BAM (2012). 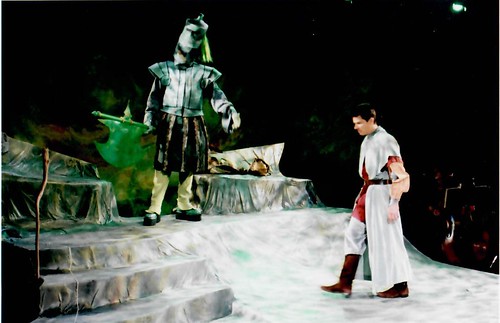