The Honor! The Honor! Heart of Darkness heads for a World Premiere 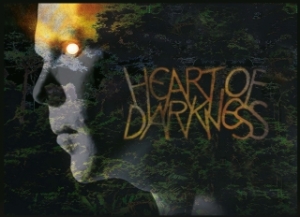 Get your rivets ready to take your steamer upriver – the Thames, that is.

AOP is very excited to announce that Heart of Darkness will make its World Premiere in 2011 at the Royal Opera House 2 in London, England!  AOP’s Heart of Darkness is a one act chamber opera composed by Tarik O’Regan, based on Joseph Conrad’s much beloved novel of the same name. Heart of Darkness has been developed since 2006 at American Opera Projects with further development in partnership with OperaGenesis & Opera East Productions in England.

The production of Heart of Darkness also boasts an impressive roster of artists and musicians.  The libretto was created by British artist Tom Phillips, and the London premiere will be directed by the acclaimed Edward Dick.   Maestro Oliver Gooch will conduct Britten Sinfonia in the debut performance.

Audiences will have a chance to preview some of the music of Heart of Darkness in an exclusive piano/vocal reading on April 22, 2010. A performance will be held at 7p.m. on 22 Mansfield Street in London as part of The Nicholas Boas Charitable Trust concert series. The vocalist line-up for the evening features a stellar cast of singers (also conducted by Oliver Gooch) including;

Visit www.operaprojects.org/heart_of_darkness for further updates on the world premiere.