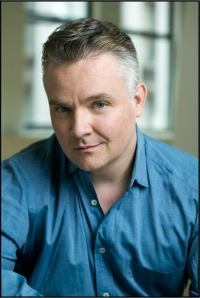 Longtime AOP baritone and board member Michael Zegarski will star as the German proprietor Oswaldo Staub in Opéra Français de New York (OFNY)‘s upcoming U.S. Premiere of Marie Galante on November 13, 15, & 16.  The production that showcases the fully-restored orchestral score of Kurt Weill‘s 1934 music and reconstruction of the original play by Jacques Deval. It stars internationally acclaimed soprano Isabel Bayrakdarian in the title role and is conducted by Yves Abel.

The story centers around the innocent and tragic Marie, who is abducted in France and taken to South America by the lustful Captain Letuvier. Our valiant heroine scorns Letuvier’s advances only to find herself abandoned in a strange and exotic land. Having turned to prostitution in order to survive, Marie plans for her return to Bordeaux, but is caught in a web of deception that ultimately leads to her demise. Weill’s music invokes the passion and allure of 1920s French cabaret foreshadowing the impending threat of Nazi Germany.

Exclusively for this production, the producers have added a famous Weill song titled, Complainte de la Seine, to be sung by Zegarski.