A Second Case for Paul’s Case 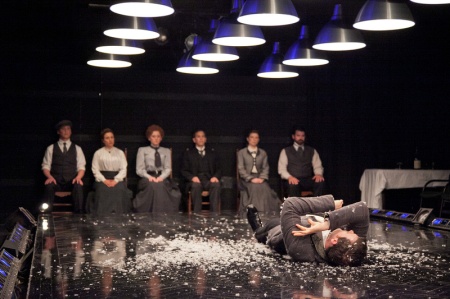 Paul’s Case as performed by UrbanAria at Artisphere in Arlington, VA.
(courtesy of PROTOTYPE Festival’s website)

Hot off its premiere with UrbanArias in April, Paul’s Case will be presented as part of PROTOTYPE Festival’s 2014 series. With music by Gregory Spears and a libretto by the composer and Kathryn Walat, Paul’s Case is based on a Willa Cather short story from 1905. The opera follows Paul, a student in turn-of-the-century Pittsburgh who tries navigate his journey to adulthood and find an outlet for his artistic energies. Reacting to his middle-class surroundings, Paul cultivates the image of a dandy and steals money from his father’s business. He runs away to New York City to experience true freedom for the first time. Paul’s Case was developed by AOP and the original cast and production from its UrbanArias premiere will be brought to the festival. Tenor Jonathan Blalock sings the lead role. Performances will take place Jan 8, 9, 11, 12 & 13 at 145 Sixth Avenue. To buy tickets, click here.

PROTOTYPE Festival was launched in January 2013 as an annual festival for visionary opera and music theater works by artists from New York and around the world.